Network safety also involved raising awareness among public transport and road users. STIB is therefore continuing its safety campaigns to emphasise good behaviour on public transport and in the vicinity of the network. These campaigns take the form of posters, radio advertisements and videos and are distributed through traditional channels and on social media.

In 2020, STIB adopted a humorous tone to remind passengers of the importance of respecting the door closing signal. The campaign featured two sumo wrestlers or two rugby players, who are shown on the doors of vehicles, accompanied by the slogan "Don't get caught between them!" It also continued its campaigns to make drivers, passengers and other road users aware, so that they become more careful and attentive when a tram is approaching. The 2020 campaign emphasised the braking distance of trams, illustrated by a herd of elephants. 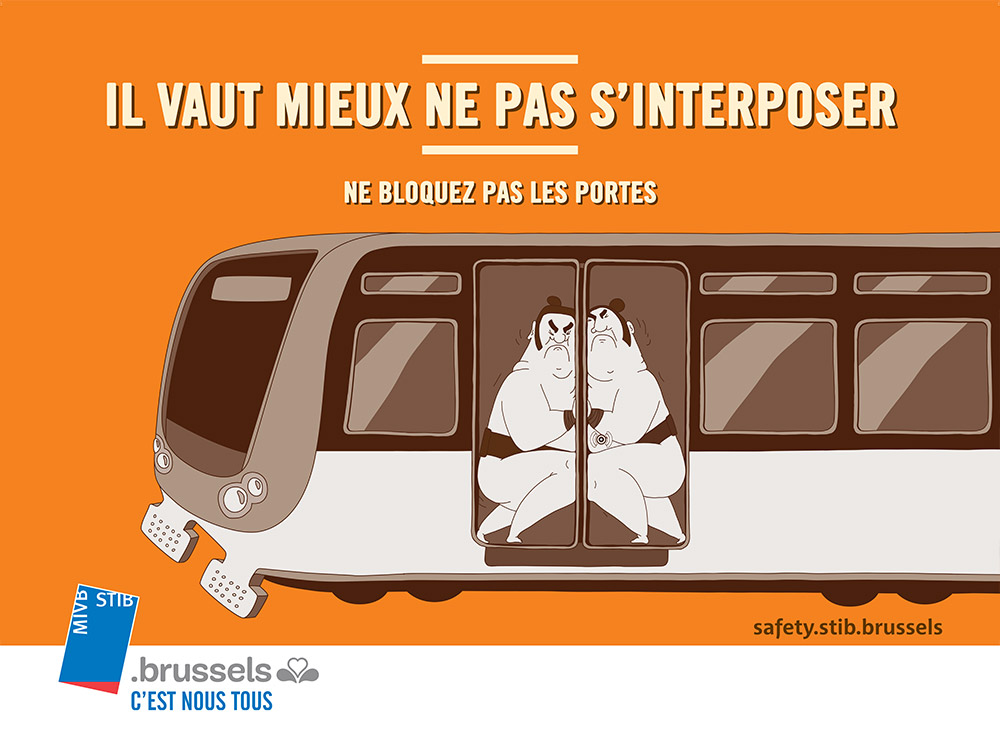 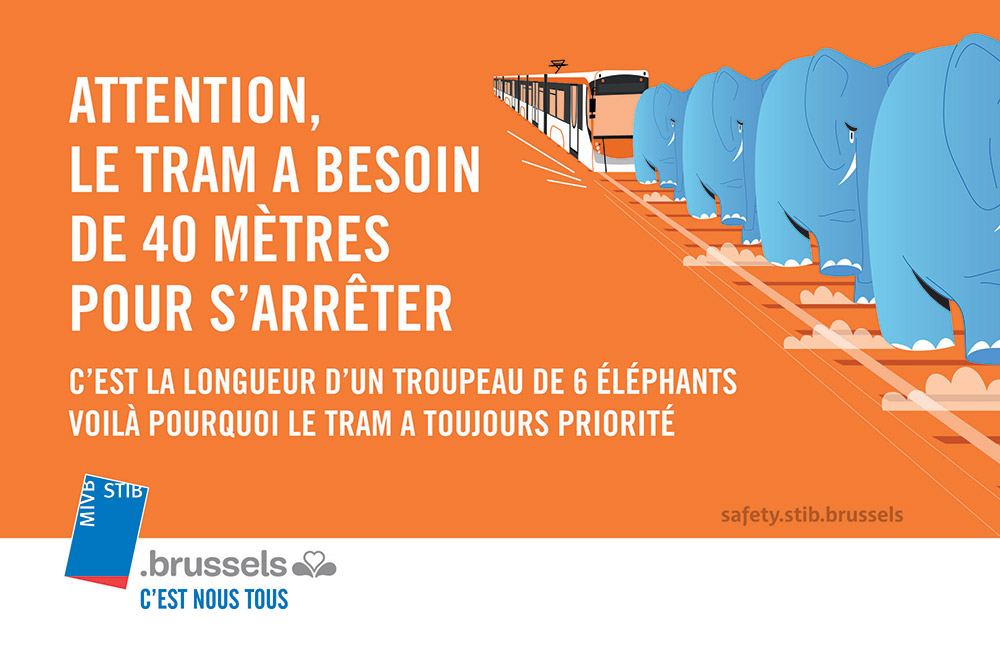