At STIB, the energy transition does not just involve vehicles. In an effort to achieve increasingly sustainable consumption, the public transport company is gradually installing solar panels on the roofs of those sites whose configuration allows it, via the third-party investor mechanism, with the SolarClick programme as a priority. This Brussels-Capital Region programme envisages the installation of 85,000 m2 of solar panels on the roofs of public buildings in Brussels.

In 2020, after the Ixelles and Marconi sites (100% STIB project), it was the turn of the Jacques Brel site to become home to 1,959 panels, which cover around 14% of the buildings' electricity needs. And at the Schaerbeek site, the installation of 120 panels provides an average of 9% of the depot's electricity needs.

STIB has a total of 5,451 photovoltaic panels over all its sites, covering an area of 9,333 m2 and producing between 1,407 and 1,539 MWh annually. The electricity produced by STIB's panels represents the average annual electricity consumption of 402 to 440 Brussels households. This renewable energy production saves between 261 and 286 tons of CO2 per year. This contributes to STIB's carbon strategy and its objective of reducing greenhouse gases. 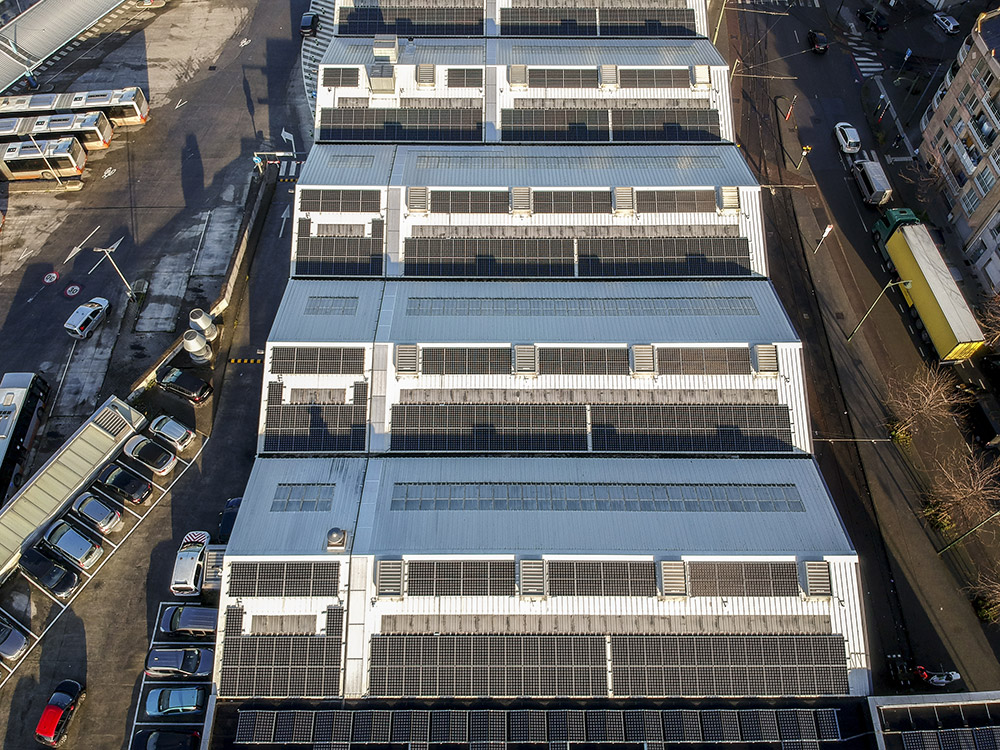