STIB's marketing campaigns did not go unnoticed by the industry in 2020. The public transport company not only won a series of awards for recent campaigns (Voices of Brussels, the Mobile App), it also received a bronze "Effie Award" for its communication strategy, which has been improved over the last few years. These are the most prestigious and difficult awards to win in the world of marketing.

The original and heart-warming initiative of the "Voices of Brussels" messenger bus, which criss-crossed the streets of Brussels to bring personal messages to friends and family, received 2 Silver Awards: the Silver Media & TV Award in Cannes in the Social Media & Short Videos category (Facebook, Instagram, Snapchat, etc.) and a Silver Eurobest Award in the Media category.

To promote its mobile application, STIB launched the "Rue Introuvable" (unfindable street), a street where nice events were taking place, but which could only be found via the STIB app. This creative campaign won STIB first place at the IAB Mixx Award in the Digital Communication - Best Campaign - Commercial category. 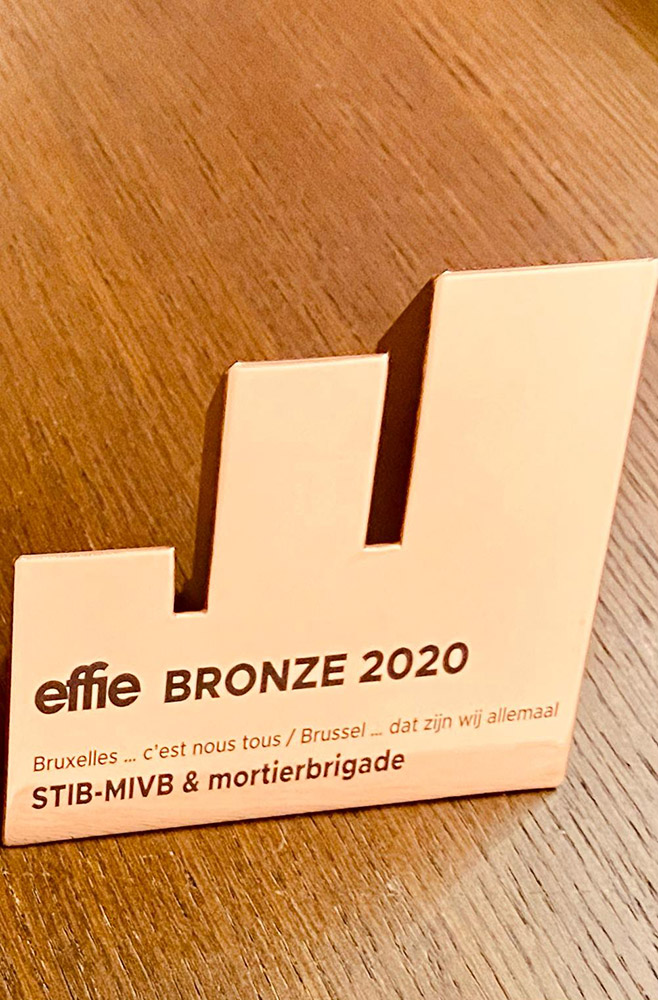