The STIB messenger bus was back in service to mark the end of year celebrations. Called "Voices of Christmas", this time it distributed wishes to the people of Brussels on behalf of their loved ones. Thanks to the magic of the holidays, the recipients received their good wishes in the form of Christmas carols. The selected messages were sung and recorded thanks to the enthusiastic support of the "Petits Chanteurs du Collège Saint-Pierre" choir.

Between 15 and 23 December, the midibus equipped with loudspeakers travelled through the streets of Brussels 4 times, broadcasting 15 messages each time.

That is not all. STIB passengers were also bathed in the magic of Christmas. The voice messages in the vehicles to announce the next stop were broadcast in song at some bus and tram stops. 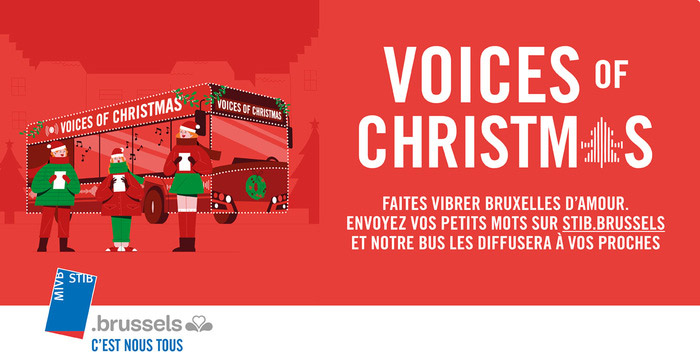