STIB launched the "Voices of Brussels" campaign during lockdown, when keeping in touch with each other was difficult but more essential than ever. As well as continuing to provide transport for those who absolutely had to travel, STIB offered to carry messages for relatives in Brussels. Radio adverts, as well as press and social media announcements, invited the people of Brussels to record a voice or written message on Messenger, so that "Brussels vibrates with love".

From 16 April, the "Voices of Brussels" electric bus broadcast messages from the public to the addressees directly on the street via loudspeakers. The bus routes were announced on STIB's Facebook page. This allowed the sender to inform the recipient(s) of the day and time of the bus's arrival.

The "Voices of Brussels" bus criss-crossed the 19 Brussels municipalities for 5 days, delivering around 150 messages to their lucky recipients. It travelled more than 250 km. 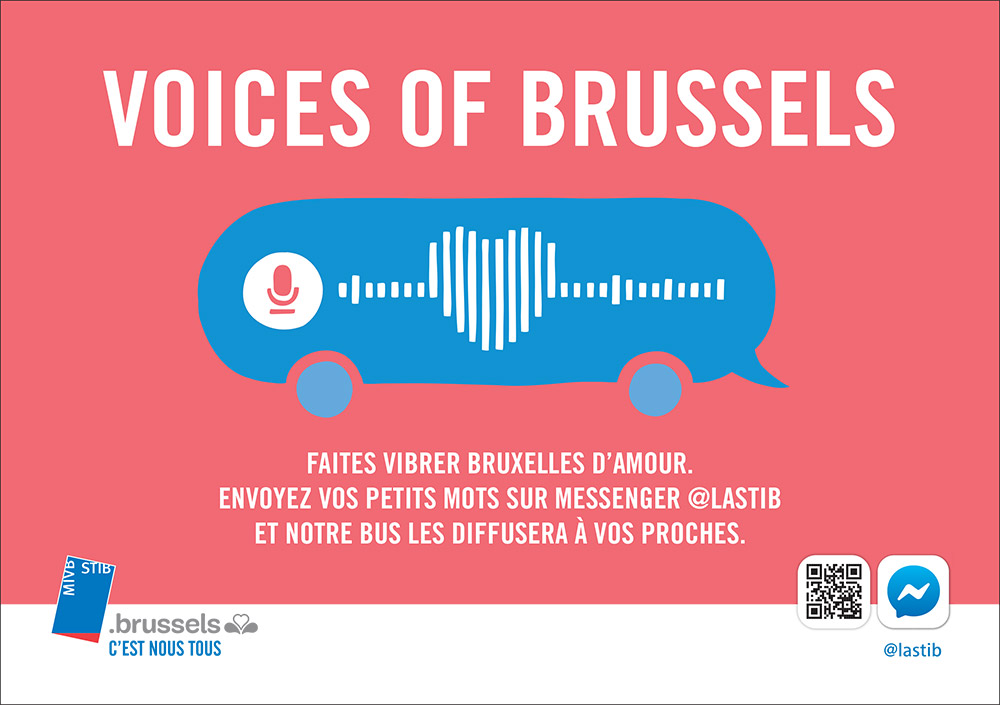