Every day, many public transport customers send positive messages of encouragement or thanks to all the field staff who continue to work during this difficult period. All these messages of support show the crucial role that the STIB plays in Brussels.

Handwritten notes, messages on social networks, letters, phone calls and even chocolate treats are all evidence of passengers' gratitude. Young people from the non-profit association Centrum West, with whom STIB works on social inclusion projects, decided to show their support in a video. In Uccle, children put up a banner to thank the people who continued to work, including the employees of STIB. Google put public transport in the spotlight by dedicating its homepage to it for one day. In a letter, those in charge of Saint-Pierre Hospital also thanked STIB for its transport services. And King Philippe himself phoned the STIB CEO to pay tribute to the solidarity and mobilisation of all STIB employees. 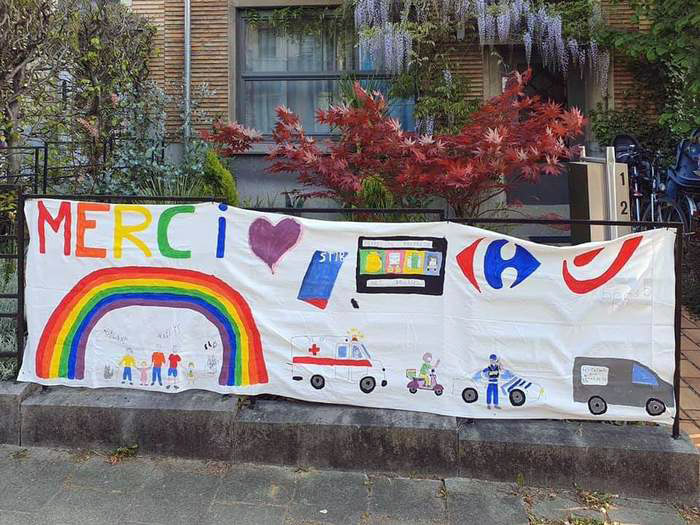